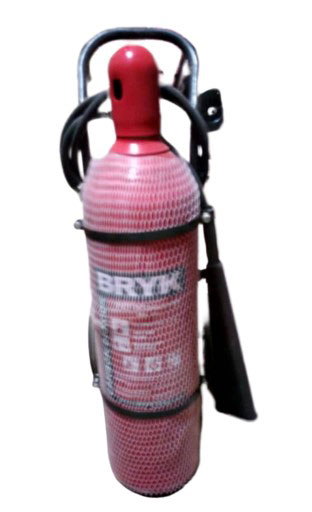 Carbon dioxide gas has a cooling effect, which makes CO2 fire extinguishers so effective. By directing the jet of carbon dioxide to the base of the fire and covering the air around it, this extinguisher reduces the oxygen level at the fire point, preventing the fire from spreading and re-igniting.
CO2 fire extinguishers are extensively used in electronic factories, ships, electrical and generator plants or rooms. Carbon dioxide offers the added benefit of being a clean extinguishing agent: it does not leave any residue behind once it's been discharged.
CO2 can be used in: Electrical Switch rooms, Computer server rooms, Offices, Workshops, Any rooms with electrical equipment installed, Vehicles. The CO2 Fire Extinguisher can be used to protect against the following kinds of fires:
Class B Fires - Fires involving combustible liquids such as petrol, oil paint and solvents
Class E Fires - Fires where the ignition source contains electrical equipment such as motors, switchboards and electrical appliances
C - Fires involving combustible gases such as LPG, Natural gas and acetylene